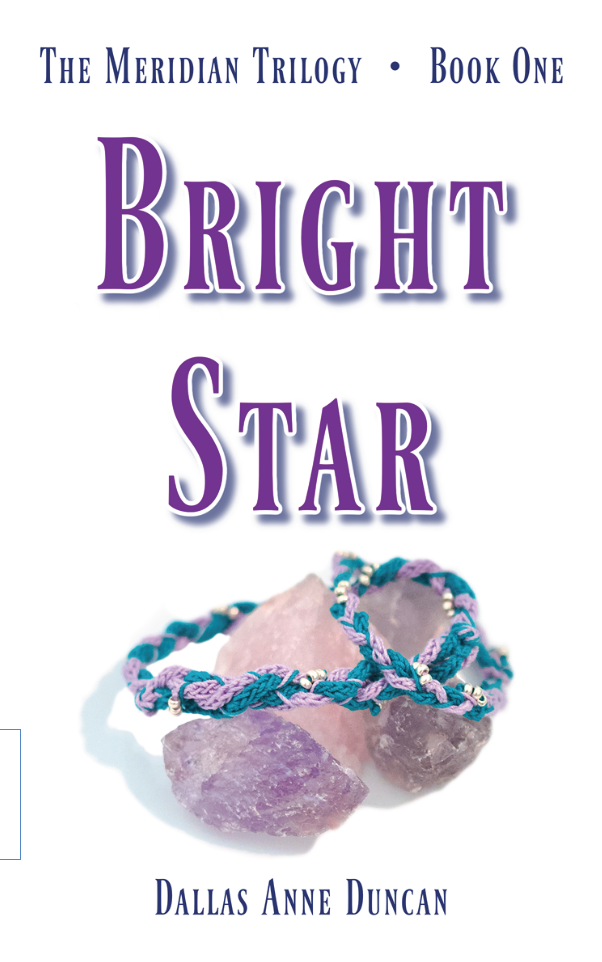 EXCLUSIVE for book signing events: Your copy will be signed by the author, include the official "Bright Star" bookmark, as well as a personalized and signed book plate!

Bridgette Conner is in her early 20s, studying violin at a university in the American South. She's a part-time waitress, a full-time creative, and for all intents and purposes, a pretty normal twenty-something living a pretty normal life. She has senior year finals coming up, a few summer classes to round things out, and after that? Bridgette hasn't given it much thought.

One Sunday in 2018, a newcomer enters the diner where she works. And suddenly, Bridgette has many, many thoughts about what comes next: Magic is for fairytales. Her life has been anything but.

"Bright Star" follows Bridgette as she begins to tackle an uncertain, constantly changing present based on a past she didn't know was hers to claim. The world in which Bridgette grew up is very different from the possibilities she's now presented with — if she is willing to join forces with Elves and Fairies, witches and Sanguisuge coteries, Tieflings and Baetalü, to make possibility reality.

Immersed largely in the history of the Salem Witch Trials and Civil Rights Movement, melded with modern-day challenges of changing colonizer mindsets and confronting one's own economic and social biases, "The Meridian Trilogy" is as much a fantasy series as it is a lens through which to view twenty-first century politics and global lifestyles. Intensely researched, meticulously detailed, combining fictional worldbuilding with real-life happenings, it's a rarity in the genre ... and perhaps like Bridgette Conner, something new in its entirety.

The saga begins now. Will you join us?